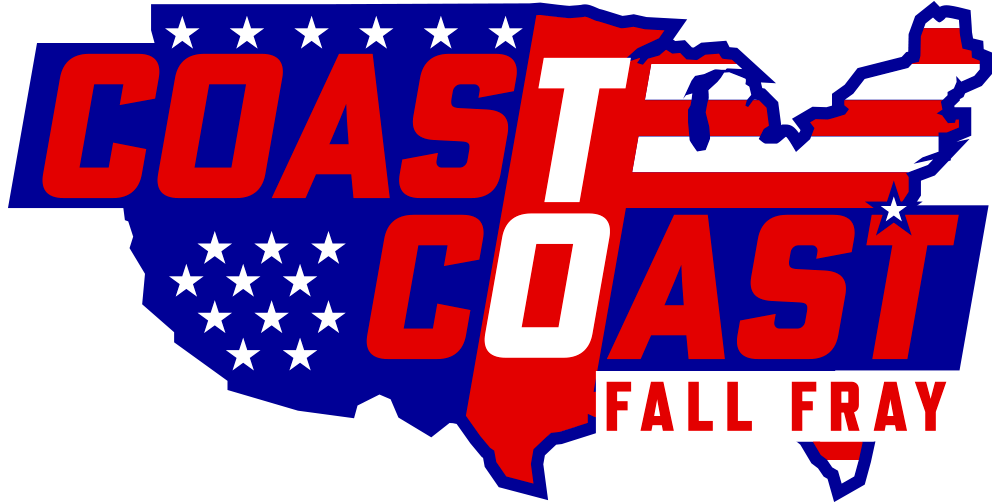 12 Turf Lighted Fields at the Premier Turf Facility on the East Coast!

Saturday Night 'under the lights' All-Star Games for 2023 & 2024 featured players from the nation's top clubs Live on Madlax Youtube! 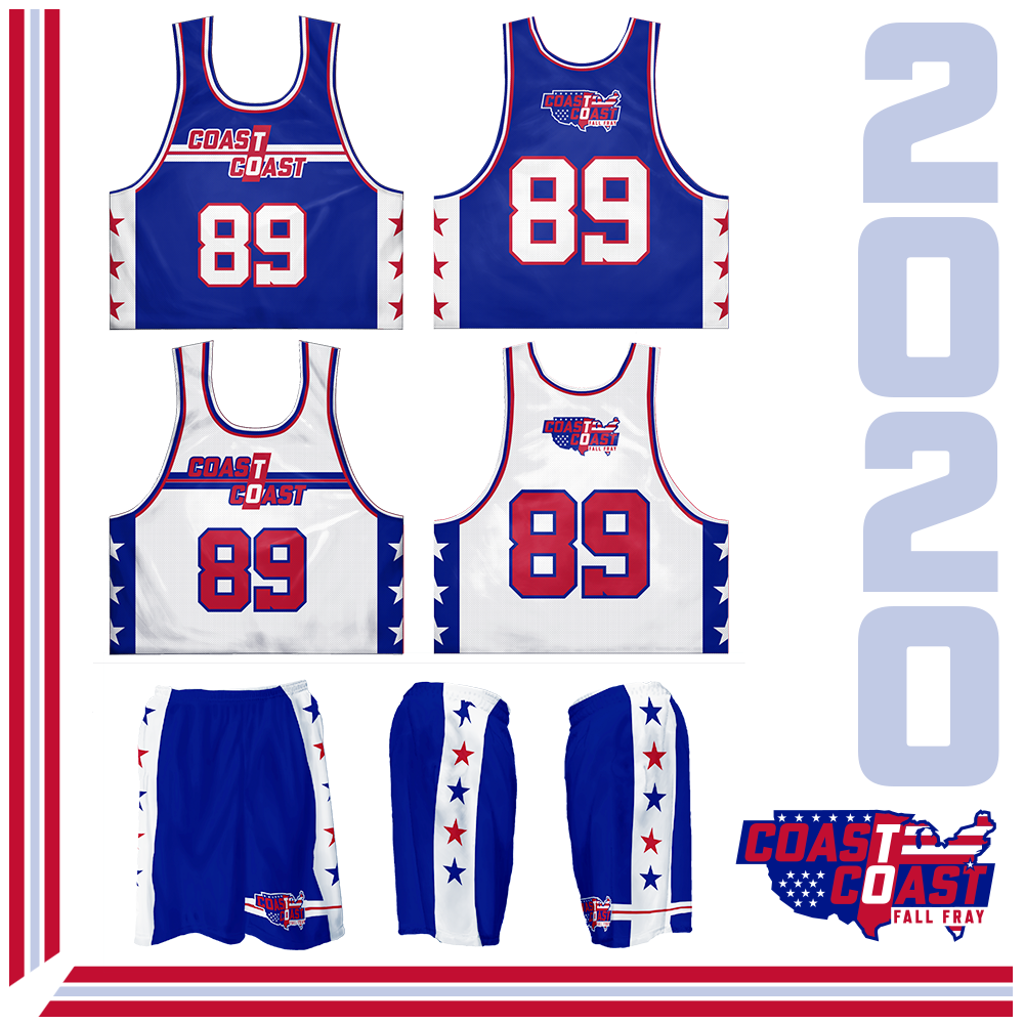 The 2022 Division at Coast to Coast is one of the most stacked line-ups of the entire fall, featuring some of the biggest names in club lacrosse and highest ranked recruits in the entire country! Every game will be an absolute battle as these fierce squads look to cement themselves as one of the best 2022 teams in the Nation! With all the firepower that will be on display, we decided to give you all a preview and backstory of each team ahead of the action!

Team 91 is arguably the most hyped 2022 team in the country, and not just because the are ranked #1 and have the #1 ranked IL recruit in the junior class, Joey Spallina. Head coached by Spallina’s father, who is also the head coach of the Stony Brook University women’s lacrosse team, Team 91 features one of the most stacked rosters in the country, having already amassed over 12 Division 1 commitments. In addition to Spallina, players to watch include Brock Behrman, the #9 junior in the country who has verbally committed to Notre Dame, as well as a stacked midfield made up by Jameson Smith (Hopkins), Brady West (Loyola) Alex Pfeiffer (Albany), and Marcus Wertheim. This team is absolutely stacked and should be competing for a title on Sunday to help solidify their spot as the #1 2022 Team in the country according to US Club Lax.

The Madlax 2022 team entered the summer circuit relatively unknown, but ended it on everyone’s radar by beating some of the best teams in the country and winning several big time tournaments to finish as the #6th ranked team in the country. Madlax’s attack is led by IL 4 Star Will McCulloch, a recent Loyola verbal, a massive lefty finisher Zak Oehlerking (Dartmouth), and a shifty and creative facilitator in Witt Crawford. The true strength of this Madlax team; however, is their defensive unit, anchored by two of the top netminders in the class in Jasper Simon and Tristan Lenard. What makes this d-group so good, is depth. Madlax has 6 very talented poles, who are all athletic, physical, and who can match up with anyone. The standout is Charlie Muller, a 6’3 bruising lefty who is committed to Harvard, but the player to watch might be Aidan Fairchild, a freak athlete with incredible takeaway ability.

Founded in 1989, Tri-State has been one of the biggest names in club lacrosse for years, consistently placing players at the Division 1 level and being a force on the club circuit. Their 2022 team is excited to take the biggest stage against some of the toughest opponents in the country. One of the reasons the New Jersey based club has been prominent for so long is excellent coaching and a commitment to culture, which means that no matter who they face, they will be up for the challenge. The two biggest standouts for Tri-State are lefty attackmen Dylan Sebastian who is an excellent isolation dodger bound for Hofstra, and defensemen Will Rose, a technical takeaway machine who will play his college ball at Colgate.

ADVNC is a program that has been on a steady rise over the past few years, making leaps in the club lacrosse scene. Based out of the Bay Area, ADVNC’s recent success reflects the westward expansion of the sport of lacrosse. Their 2022 is quite talented, having made the finals of the Naptown Challenge, one of the premier events of the summer which is broadcasted live on ESPN. ADVNC looks to further their spot as not only one of the best in the west, but also one of the best teams in the country with a championship at Coast to Coast. Headlining this squad is Max Sloat, a towering midfielder bound for Duke who moves tremendously well for someone with a 6’6 frame, making him a matchup nightmare. The other player to watch is Luke Williams, another very athletic midfielder with a great first step and excellent shooting stroke who is committed to play collegiately at Villanova.

Long Island Legacy’s 2022 squad made some serious noise this past summer, jumping up the US Club Lax Power rankings and amassing a high volume of Division 1 commitments since September 1st. Legacy’s throwback mesh uniforms are a reflection of the club’s style; a traditional hard-nosed Long Island squad full of bruisers willing to scrap for every loose ball and win the battles between the lines. Legacy strength is at the offensive end of the field, where they have a well oiled attack unit and stable of athletic midfielders. Headlining this group is Anthony Koehler, a creative lefty attackman with a flair for the dramatic who is committed to Brown, and Fransisco Cortes, a Harvard bound midfielder with excellent speed and a fantastic first step.

Building Blocks Lacrosse is based out of Central and Northern New Jersey, and has been a prominent force on the club circuit for years, but is arguably best known for producing PLL, NLL, and Team USA Superstar Trevor Baptiste, the best faceoff man in the world. Trevor remains affiliated with the club, so expect BBL’s faceoff unit to be not only dialed in, but extremely well coached. Overall, BBL’s strength is on the defensive end, anchored by two stud poles in Robbie Travers and Connor Albertson, who are bound for UMASS and Air Force respectively. But the player to watch for BBL is attackmen Matt Wrede, one of the premier recruits in the country. An ambidextrous attackmen who can seemingly finish from anywhere on the field in any fashion he pleases, Wrede is bound to play for Coach Breschi at UNC.

Denver Elite is a team that is always very fun to watch, primarily due to their incredibly high level coaching and unique approach to the game. The program is headed by Trevor Tierney, a Denver assistant coach, and son of coaching legend Bill Tierney. Denver Elite implements a multitude of box lacrosse elements into their game which throw opponents off tremendously. While Denver Elite is yet to have a player verbal, don’t count them out whatsoever, as they have a bevy of very talented players who will end up playing at the Division 1 level. One of their top players to keep an eye on is attackmen Grant Rodny, whose footwork and dodging are fantastic, giving him the ability to either get to the goal or draw a quick slide and become a feeder. Another Denver Elite player to watch out for is Zack Newkirk, a throwback midfielder whose biggest strength is downhill dodging and stinging corners on the run. Denver Elite is looking to make a big statement this weekend, so don’t sleep on the boys from Colorado.

Parents from ALL teams are REQUIRED to submit this for their son before event.

CLICK HERE for Discounted Hotels for teams and players.

Madlax has set up a convenient "Stay & Play" policy for all Madlax Tournaments. Each team registering for events must make their hotel reservations at one of the hotels on our HOTEL BOOKING website linked above in order to play. You must stay at one of these approved hotels.

The reasons for implementing the "Stay & Play" policy are to simply lock the best rates possible for you as traveling guests. Also Madlax is able to prove to the host towns we have a positive impact on their local economy and thus build stronger relationships and gain access to priority venues. MORE HOTEL ROOMS mean better RATES and even better tournaments for you!

So, thanks for staying in one of our Madlax Approved Hotels. Please let us know if you have any questions, mdlxevents@madlax.com

Note: All Championships on Sunday will be finished by 3:30pm.